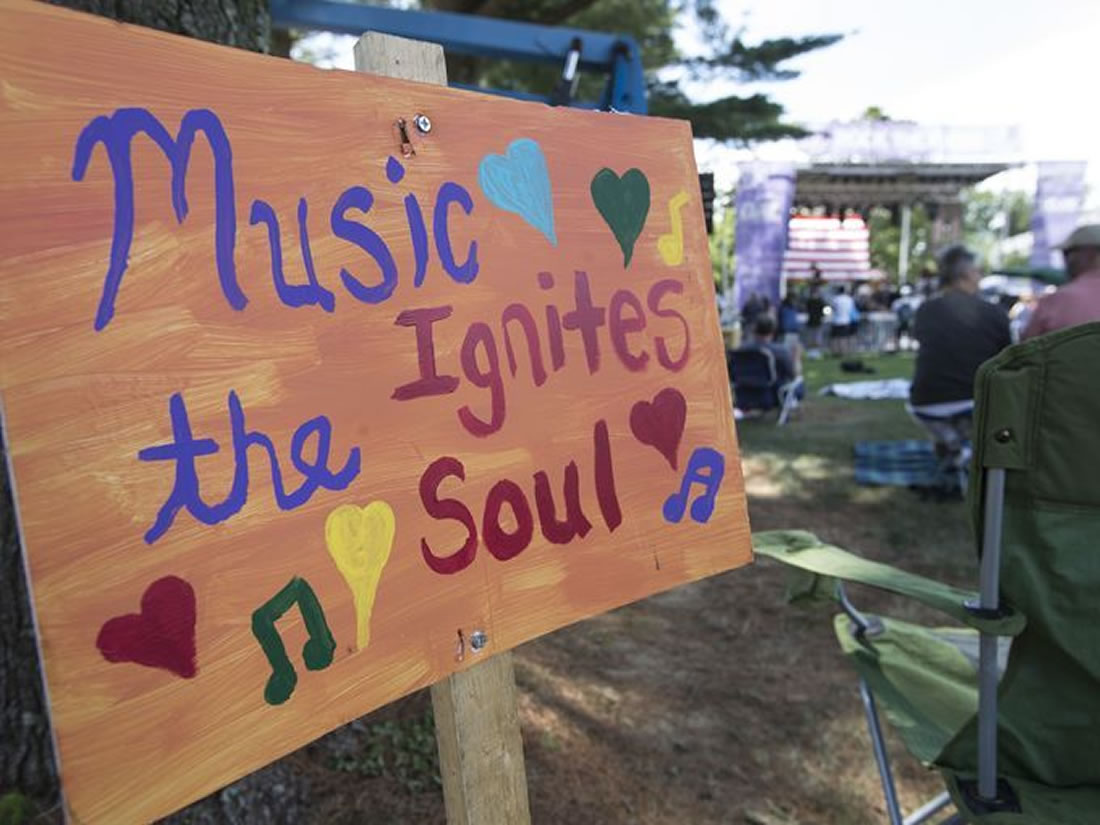 From farm to beach, Jersey nonprofit uses music to offer hope to those in recovery

When Daniel Regan left rehab seven years ago, his family circled the wagons.

He was 21 and scared to death, and recovery resources around Monmouth County, N.J., were hard to come by. His mother, Lynn, and his sister, Ashley, brought him back to the family farm in Howell, and they began the process of rebuilding not just Daniel’s life, but the lives of countless other recovering addicts and alcoholics who find themselves fresh into sobriety with few places to turn.

“He and my mom were the driving force, especially my mom; she told him, ‘You’re not going to give up, and we’re going to create a program to save your life,’” Ashley told The Ties That Bind Us recently. “We were dragged through the system with insurance for years, and we decided that everyone deserved access to an aftercare program. After I graduated college, they asked for some marketing help, and now the whole family is kind of involved.

“It runs off of our 12-acre family farm in New Jersey, and it’s so great, because we’re able to do so much with that space. It’s a family mission, and we all get to work together every day.”

Work — and, once a year, have fun. Together, the Regan family operates the CFC Loud N Clear Foundation, which was established in 2012, and the B-Houses Superior Sober Living, which opened in 2016. That’s where the work takes place. In 2014, they established an annual music festival — originally known as Rock the Farm, which was changed to Fauxchilla and moved from the family compound to Seaside Heights. Fauxchilla is the largest fundraiser for the nonprofit CFC, which is one of the Garden State’s premier relapse prevention programs, and its reputation has grown as a weekend of rock ‘n’ roll that directly benefits recovering addicts and alcoholics.

“The name was originally changed to ‘Fauxchella,’ but the Foundation was sent a cease-and-desist letter from Coachella after we tried to trademark the term, so we were forced to drop the ‘E’ to an ‘I,’” Ashley said with a laugh. “We often laugh about these hurdles we have to jump through to simply raise money to saves lives — it’s never a dull moment in the nonprofit or entertainment industry! But it’s a great event, and it’s just kind of taken off. It’s massive now, and we have a great following.”

Born from a dark beginning 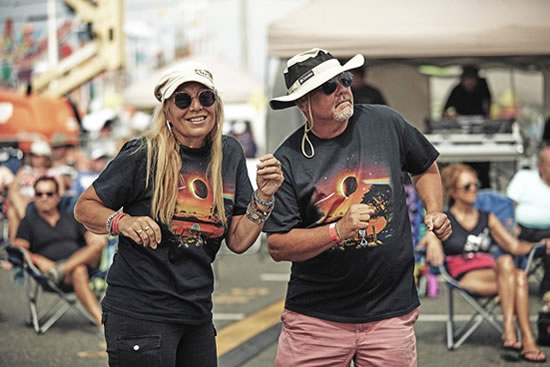 There was a time, however, that the destination the Regans felt folks would follow Daniel would be to prison or the graveyard. By his own admission, he started with weed before abusing cocaine and other drugs by the time he was 16; during his first year of college, he developed an Oxycontin habit that ballooned into a $350-a-day beast that led to his arrest during Easter break. He cut a deal, which also cut off his supply, and the downward spiral that ensued led to doing all of the things that addicts do to maintain a habit that’s killing them.

He spent two weeks at his first treatment center and immediately got high upon returning home. He used during an intensive outpatient program and continued to chip away at his parents’ trust. He spent his 21st birthday in his third rehab, white-knuckling his way through the program before relapsing yet again, this time on alcohol, weed and meth. Lynn tracked him down to an abandoned motel in California, and Daniel’s painstaking details on the CFC website are the stuff of a mother’s nightmare: “She found me standing, band around arm, spoon in hand … to this day I can still see the image of my mother standing in that doorway. She was a silhouette with bright light behind her and her voice calmly said, ‘Come on, Danny, we’re going to get you some help.”

He didn’t go willingly. A 12- to 14-day meth binge led to a violent confrontation with roommates and the police, who transported him first to an emergency room, then a mental institution, where he stayed for several days. His mother was at his bedside whenever visitation was allowed, and after a week, Daniel was released to his fourth treatment center. This one wasn’t 12 Step-based, and he thrived. Afterward, in putting together the philosophy behind CFC, the Regans took those tools to heart.

“A big part of our program is that we believe in many roads to recovery, because the 12 Steps didn’t work for my brother,” Ashley said.

Or, as Daniel writes himself on the organization’s website: “Our program required many alternative elements, different holistic modalities, specific professional counselors, a community of support and consistency.”

And it’s been effective, Ashley added. Since 2012, CFC and its associated entities have assisted roughly 12,500 families, and the ripple effect of that number is immeasurable, she said.

“People call us for treatment guidance, for help navigating the system,” she said. “In our program, we have 100 to 200 members at any given time. We have four sober living houses, and there’s always a wait list, because we have a 90 percent success rate by those who complete the program. They can stay with us for up to five years, but most stay for 18 months, and then they usually get their own apartment.

“We bridge that gap between clinical treatment and real life. We’re that stepping stone to getting your life back together. It’s a phenomenal program that’s constantly evolving and changing along with the industry.”

A family 'business' is born 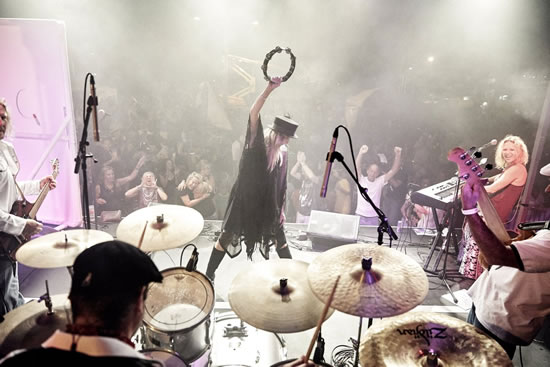 For her part, Ashley went the other direction from her brother. She was the overachiever, she said, and because she was away at college during most of Daniel’s active addiction, the effects on her weren’t nearly as severe as they were on her parents. Still, he was her brother — and it hurt.

“It made it really hard, and I struggled with my grades and with focusing,” she said. “It was a battle for everybody involved. What I did learn, and something I tried to help guide my siblings toward, was to get educated. When you’re going through it, you’re just so mad: ‘How could you do this to mom and dad? How could you do this to me? You’re supposed to be my role model!’

“But the more you educate yourself and get involved in understanding addiction from an adult perspective, you can learn how to help and be supportive even though you don’t like them at the moment. Luckily, I had a really strong support system, and my family pushed me to do those things, so that’s how I got involved. My mom is obviously, a really determined woman, and she was going to fight until the end to keep our family together.”

As Daniel got on his feet and CFC grew from its initial infancy, music became another tool to do that. Their father was born in England and was a former deejay in Bermuda before landing in Jersey; once he married Lynn, he befriended folks in the music industry and quickly bonded with the titular names of the fabled Asbury Park and Jersey Shore music scenes, including his closest and dearest friend, Keith Roth of Sirius Rock Radio and 95.9 The wRat, who would play an important role in the connections of the festival.

When Rock the Farm was in its infancy, the Regan patriarch and Roth called in some favors during the first couple of years to pull in some big names, and the first Rock the Farm debuted in October 2014 with Artimus Pyle of Lynyrd Skynyrd, Vini Lopez of the E Street Band and Bowie/Lennon sideman Earl Slick as the headliners, alongside more than a dozen undercard acts.

“It was 20 degrees and pouring, so it could not have been worse weather, but 1,200 people came out to support it,” Ashley said. Because my dad is very connected musically and my whole family is musicians, it was kind of a natural progression. We had a lot of friends to volunteer their time those first few years, and we were able to pull in some big names with good friends. We had to raise money for this nonprofit, and in looking at what resources we had, that happened to be music.”

A chance, a move and explosive growth 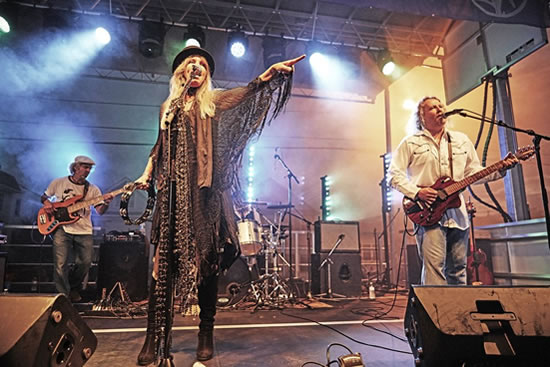 A few years ago, some members of the Regan clan went to Desert Trip, the California festival that, in 2016, featured Bob Dylan, the Rolling Stones, The Who, Neil Young, Paul McCartney and more. While there, she said, they came to a realization that would influence Rock the Farm going forward.

“We had the best weekend, and we realized we had the greatest time because we knew every song they played,” she said. “We wanted to produce a festival where the crowd would know every song, where they could dance with their grandkids and their children, to make it more about the music rather than what the big name was on the bill.

“And we knew we couldn’t do it halfway. We had to find the best tribute bands for each artist, and now people come in costume and in character, and it’s really like an experience. It brings people back to their youth.”

For last year’s event, held Sept. 29, the lineup included tributes to Carole King, Neil Young, Aerosmith, The Beatles, Guns N’ Roses, The Eagles, Fleetwood Mac, Tom Petty and AC/DC, among others; 7,200 tickets were sold to the event, which includes more than just music, Ashley said. There’s a Hope Museum, featuring stories of alumni and members of the CFC family that spread the word that recovery is possible; and there’s a Butterfly Memorial Garden that pays tribute to lives lost to the disease that nearly claimed her brother.

“We pre-order 1,000 monarch butterflies, and during the festival, they fly around an enclosed tent where people can bring pictures of their loved ones,” she said. “It’s really a spiritual kind of place for healing and for families to come and remember, and then we release the butterflies at sunset.”

There’s also a secured beer garden, which has raised some eyebrows, but it’s also an opportunity for CFC alumni and clients to interact in a real-world scenario.

“When my brother came back from treatment, he wondered, ‘How am I never going to be able to go to a concert? How can I ever be around this?’” she said. “We try to teach our members that they can go to a concert and enjoy life and have a support system while they’re there. It’s real-life exposure for them. Plus, at the end of the day, it’s a fundraiser, and the (normal people) want to have a drink.”

Good times that are changing lives

The focus, however, is on the music — and the message that CFC is changing lives for the better, through a program that offers the new way of life that recovery promises.

“It’s been such a great experience, and we’ve learned so much every year,” Ashley said. “Every year, we’ve learned things to do different, and we really didn’t get it right until the last two years. Music is tough, and the arts are tough, especially when you have to take really good care of the performers and please the crowd at the same time.

“At the end of the day, we want everyone to have a good time. We’ve learned and we’ve grown and we’ve changed things, and I think we have a pretty good team now that knows what they’re doing.”

By Cornerstone of Recovery
Posted in Recovery music festivals and organizations, The Ties That Bind Us and tagged CFV Loud N Clear Foundation, Daniel Regan, Fauxchilla, Rock the Farm