After six days in a detox facility, the heroin was effectively out of my system, save for a few Post-Acute Withdrawal Syndrome-style hot flashes and bouts of insomnia. That was nothing, though. I could do that all day long, because compared to the gut-twisting agony of full-blown opiate withdrawal, PAWS was like beating cancer and catching a cold.

Still … freedom was a stranger, and I had no idea what to do with it. Hell, I wasn’t even sure I wanted it, as strange as that sounds now, almost two decades on the other side of active addiction, but to anyone who’s sat in recovery meetings and listened to the anguished and heartfelt shares by those who stagger through the doors for the first time, it’s a familiar refrain.

There is, after all, comfort in familiarity … even if the familiar is miserable.

I knew what my life as an actively using addict would entail. I hated every waking moment, but I knew it.

Wake up or come to, and the first thought, every morning, goes skidding to the forefront of your mind like a brake-locked Charger up to a rain-slicked intersection: What do we have? Do we have any dope left?

That’s always the first thought, because as soon as you swim up to consciousness, your drug-ravaged body and brain hit an imaginary timer, counting down the minutes and seconds until you’re in full-blown withdrawal. Most of the time, if you’ve gone more than a few hours, it’s already nipping at your heels. You wake up sweating, muscles cramping, guts slowly twisting into ungodly shapes.

What do we have?

Nothing. You did it all last night, even though you knew this moment was coming. You always do it all, because no matter how much you want to “save” it, your disease isn’t going to let you fall asleep or pass out until every speck of that substance is in your arm, up your nose or down your throat.

So. Nothing. How’s the cash looking? Do we have any? Will D-Man — your dealer, your plug, your guy — take your call? Will he be in his usual spot? If we don’t have any cash, can we borrow some? Does somebody owe us? What do we have to pawn? What kind of effort will be expended to steal something to pawn? Do we have our car, or did we leave it somewhere? Are we on foot today? Can we get a ride? Will we have to share dope if we do? 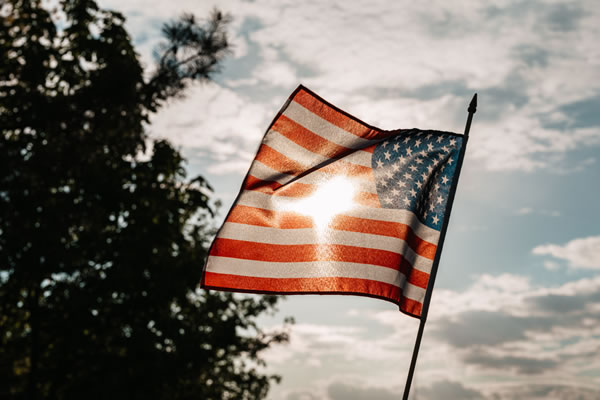 It's like one of those old-school slide projectors that’s broken, spinning uncontrollably, the click-click-click-click of one slide after another unstoppable. Every thought is about the getting and using and finding ways and means to get more, and it’s an all-day, pride-swallowing siege that I cannot fully describe … but there is comfort in that routine, because it is familiar.

And then you’re granted the freedom from it, and you have no idea how to even begin taking those first tentative steps into the unknown. It’s like stepping off the edge of a map, into mythical places you’ve been told actually exist, but you never thought you’d get there. Not alive, anyway. You’ve felt like a reverse Moses for so long, destined to lose every person in your life, one by one, and languish longer and longer in a spiritual desert until you die, completely alone, miles away from any Promised Land.

But you don’t. And suddenly you’re free. And you’re scared to death. You’re terrified, because gazing upon that foreign landscape, you see the hills of possibility and the mountains of potential and the oceans teeming with life, and you want to dwell there, so badly, but you don’t know how to even begin.

But then someone takes your hand. Someone who’s already been there a little bit, and they say something like, “Come with me if you want to live,” and you chuckle because that’s a line from “Terminator 2,” but it’s also weirdly appropriate, because you have no idea how to do any of this yourself.

But the more steps you take without the chains of addiction wrapped around you … the tighter you grasp the hands of those who show you the way … the more you focus on the light and the blue sky and the cool breeze and the overwhelming beauty that surrounds you in this new place … the more comfortable it feels. The more liberating it feels.

On this July Fourth weekend, those of us who were once in bondage to alcohol and drugs celebrate our nation’s freedom and independence … but we can also celebrate our own.

We no longer walk in servitude to this thing that wants to kill us. Freedom is no longer a stranger. And for this, we are so very, very grateful.

Posted in The Ties That Bind Us and tagged Fourth of July, freedom, Independence Day, July Fourth