If recovery is about change and growth, then Sheva Elliot is a supercharged version of the woman she once was.

She’s coming up on two years sober after making the decision to quit drinking in 2017, dabbling with weed and falling off the wagon for a single weekend in 2019. That journey, in and of itself, is one fraught with transformation, as anyone who embarks upon it knows all too well.

But Elliot has taken it a step further, embracing her Jewish heritage as her spiritual connections in sobriety have deepened, and taking those roots, along with the seething passion she’s long held for social justice causes, and completely reinvented her music career, down to the name under which she performs, she told The Ties That Bind Us recently.

“I have an American name and a Hebrew name,” she says. “My American name is pretty and easy on the ears. My Hebrew name, Sheva — a derivative of Elisheva — is much more ethnic, and for a long time I was afraid to embrace that. My spiritual and personal evolution has fed and supported my sonic evolution. There was no real story or heritage behind ‘Kait (her American name).’ Sheva is ancient, and therefore a container for so many stories.”

Sheva Elliot: A 'Free'dom song to start it all 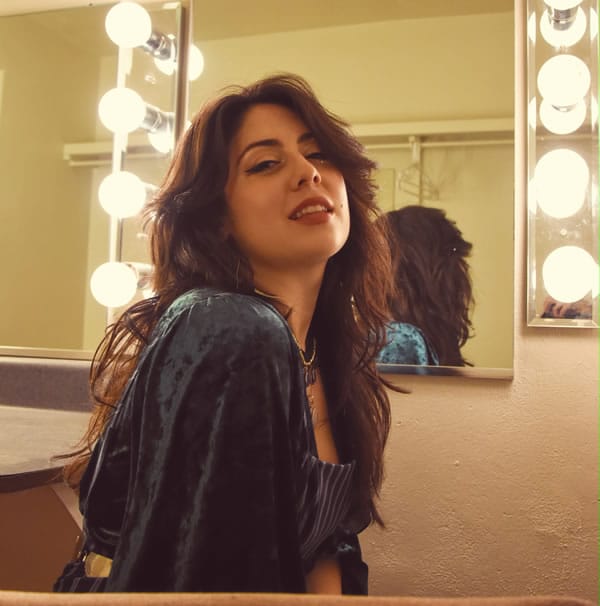 The latest story in Sheva’s arc can be heard in her newly released single, “Land of the Free,” which she began writing shortly after the 2016 election.

“I remember the exact moment and the exact morning when the opening melody and the first verse just hit me,” she said. “I was in Petaluma with a friend. The natural landscape was so beautiful, I was with someone close to me, and still, I was just feeling so dejected. I had this horrible tightening in my chest — a panic and helplessness. I knew that reproductive rights, LGBTQ rights, and most distressing, environmental justice  — would all be attacked under the new administration.

“I was so angry, and the honest question, ‘How can you expect me to put a hand right over my heart?’ came to me. That was my truth in that moment: How dare anybody ask me to respect this flag, that in so many respects represents injustice and hypocrisy?”

Fast-forward to 2019: The fireworks that serve as the song’s coda were recorded from the balcony of her LA apartment, but it would be another year before she was able to finish it. After the death of George Floyd in the summer of 2020 and the Capitol riot on Jan. 6 of this year, it felt more important than ever to get it out into the world, she said.

“I just wanted to let other people know they’re not alone in their sadness, rage, and frustration,” she said. “I don’t think making music is the ultimate solution to social ills, but it’s a time-tested method to attain unity and change. This song isn’t about me; it’s about all of us. It’s not a breakup song or a love story. It’s so much larger than any of that. I kinda want it to just stand on its own, and I don’t even know if it needs to end up on a record.”

Whether it remains as a standalone or part of her next project, one thing is for certain: It represents the shattering of the walls that for too long made up her comfort zone.

No half-measures for her 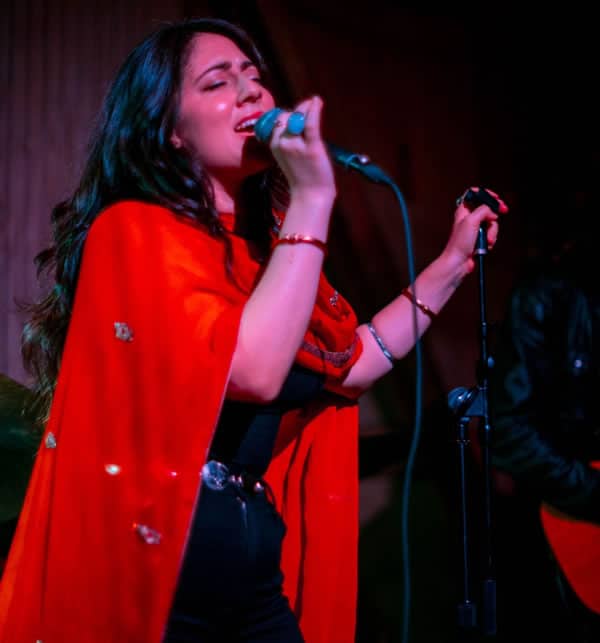 “Sobriety has allowed me to get straight to the truth,” she said. “I have nowhere to hide, nothing to hide with — and that has allowed me to write more honestly. When I first got clean, I was worried I was going to ‘lose my edge.’ In fact, my edge got way sharper.”

And then with a wink, she adds, “I’m saying what I need to say, without any half-measures.”

“Half measures availed us nothing,” as its written in one particular piece of recovery literature. Recovering addicts and alcoholics can’t afford to half-measure their sobriety, because they sure didn’t half-ass their drinking and drugging.

“I thought it’s just how I was supposed to be,” she says. “All my idols were dead rock stars or tortured poets. Jim Morrison, Jimi Hendrix, Janis Joplin all hung up in posters in my teenage bedroom. The drugs and drinking and crying to David Bowie on repeat all worked, of course, until it didn’t.”

For years, chasing after that rock ‘n’ roll image and seeing other people’s shows separated her from her own music, which has been a part of her life for as far back as she can remember.

“I started singing after I started speaking,” she says.” I had my first vocal coach when I was 4 years old. I never really looked at music and melody as something separate from me — it’s just intertwined with my thought process. It’s a part of my soul’s expression.

"And because I was lost for so many years, I didn’t write or sing my own songs, and therefore, I couldn’t locate my soul. Sobriety helped me to do that. It’s been a compass to the way back inward.”

After high school, she started college in LA before transferring to New York University, where she enrolled in film school. While that particular coat fit alright, she chafed against it.

“While all of my classmates were talking about movies, I was going to four shows a week,” she said. “I was walking around feeling like something was missing. I felt very, very homesick for music and performing, and I was jealous watching my friends do what I wanted to do.”

Sheva Elliot: Back home to the West 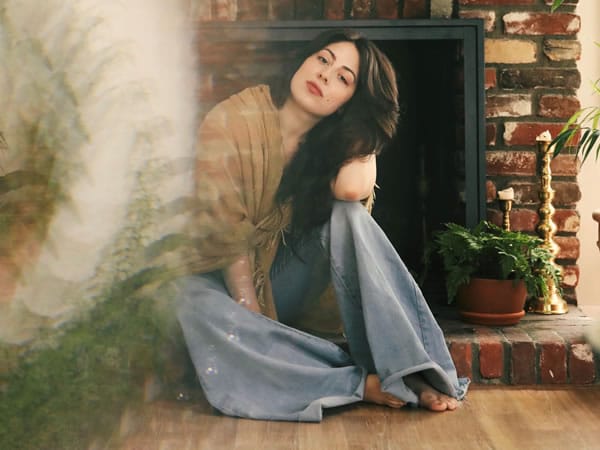 She fell in with a crowd that bonded over partying, tied together by a career path that didn’t interest her.

“New York, in a way, encourages alcoholism,” she points out. “If you’ve ever been there, you know what I mean.”

She lived in New York for another year after graduating, still trying to make the screenwriting and directing gig a reality. One day, while spacing out in the city, she realized there was no horizon around her, no mountains. That’s when it struck her: it was time to return to her home in California.

“I’ve got depression and anxiety and PTSD — no big shock,” she says. “New York didn’t feel like a conducive or healing environment. I needed to get back to where I grew up, where the sky felt bigger and the greenery was more abundant.”

In 2015, she moved back home, back into her teenage bedroom. She tore down the posters, re-painted the walls white, bought a keyboard, and started playing by ear.

By late 2016, she was recording her first EP, and by 2017, she was walking into her first recovery meeting.

She refused traditional 12 Step recovery at first, considering it too patriarchal. Instead, she went to a Buddhist-based 12 Step program, which she credits with saving her soul, she said.

“I’m so grateful for it, because the bell got rung, and the people there were all very cool,” she said. “You weren’t walking into love and light and granola; you were walking into tattooed punks and ex-heroin addicts talking about radical compassion, and it was amazing!” 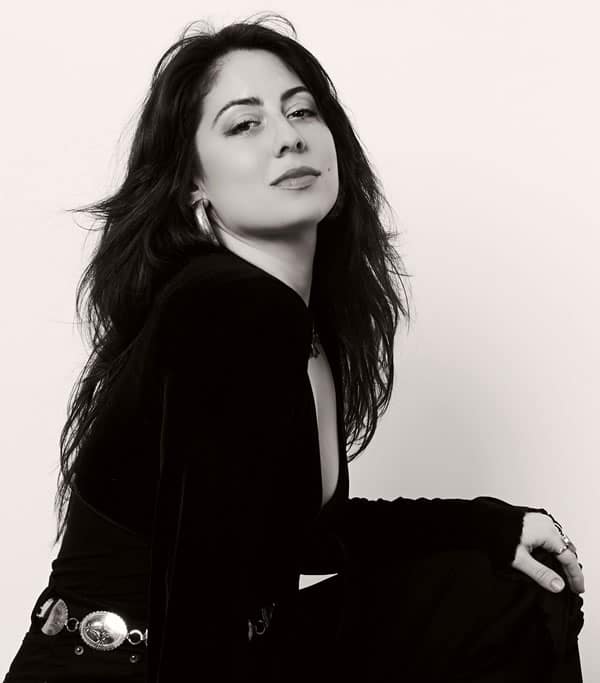 More than anything else, that journey led her back to spirituality, which in turn would bring her full circle back to her Jewish roots. It was on a 10-day silent retreat in the California desert that the pieces finally clicked into their respective places, and she found peace with the concept of, and even the word, God.

“I’m still hesitant to even say the word ‘God’ in front of other people, because I’ve spent so many years in defiance,” she said. “But I’m becoming less afraid. I want to be free more than I want to be right. The way to freedom, I’ve learned, is surrender, and a heavy dose of self-love.”

She pauses, then remembers something she learned in that first recovery program:

“The Buddha asks us to love ourselves as a mother would love her only child,” she adds. “To be able to put a hand on my heart and say ‘I love you’ and be sweet to myself and be curious and humbled by not having the answers, I can see the world and myself in a different way now.”

While the Buddhist recovery teachings were a good entry point to sobriety, with time Elliot began to feel as if she needed more — specifically more sober women in her life. Her music career was starting to take off, and she knew that she wouldn’t make it out on the road without accountability and a more stringent program.

This finally led her to embrace a traditional 12 step program, which has only served to enhance her spiritual transformation, one she believes is endless and ever-changing.

Today, that spiritual awakening continues. The future is unknown, both her own and that of the country and causes she fights for, but one thing is for certain: She’s in the fight, with the full-throated fury of a woman whose found herself, her voice and her passion thanks to a new way of life.

“The whole idea of this upcoming album is that well-known phoenix rising thru-line,” she says. “I’m almost done mixing a new song, and I’ll be heading to El Paso to record the next batch of sonic babies. But I try not to get too caught up in the ‘next one’ — whether it’s a song, a session, or even just one note.

"I leave the future up to the Muse. All I have to do is keep the faith and keep out of fear.”

“Land of the Free” is now available on all streaming platforms, and you can watch the video here:

Posted in Singer-songwriters in recovery, The Ties That Bind Us and tagged "Land of the Free", Sheva Elliot