It’s been one year since The Ties That Bind Us opened a new avenue of conversation about the intersection between addiction and creativity.

The blog, sponsored by the drug and alcohol treatment center Cornerstone of Recovery, features weekly interviews with artists from across the musical spectrum. They vary by age, race, sex, sexual orientation and genre, but whatever differences might divide them are wiped away by one overwhelming common denominator: recovery from addiction and/or alcoholism.

The blog was conceived by Cornerstone content developer Steve Wildsmith, who served as a music journalist for publications in South Carolina and East Tennessee before leaving print journalism after a 25-year career. As part of the Internet Marketing Department at Cornerstone of Recovery, he’s responsible for generating content for the company’s website and accompanying recovery blog, managing the facility’s social media outlets and working with the marketing team to spread a message of hope.

“I’ve worked off and on with Cornerstone since 2004, and coming to work here full-time was an honor,” Wildsmith says. “There aren’t many drug and alcohol treatment programs that have been consistently producing positive results for three decades, so to be a part of the legacy of this facility is rewarding professionally and to my own recovery.” "Thanks so much for providing
a platform for people
to openly discuss their
journey in recovery.  I marvel
at the continuing stigma
associated with substance use
disorder.  It’s important that
we continue to offer our
experience to hopefully guide
others to a happy productive
life in recovery."

The story behind the stories

An active member of the East Tennessee recovery community, Wildsmith contributes a twice-monthly column on addiction and recovery issues for The Daily Times newspaper of Maryville, Tenn., the same paper for which he worked for almost 17 years. As a music writer, he interviewed everyone from East Tennessee-based bands to artists like Taylor Swift, Merle Haggard, Billy Corgan and Wayne Coyne, among others. Inevitably, interviews with musicians in recovery often made a lasting impression.

“When you’re in recovery, you tend to recognize your own ‘kind,’ so to speak, in the language that they use,” Wildsmith says. “There were numerous times when I would pick up on little phrases or clichés that I know by heart, because I’ve seen them on the walls and in the readings of 12 Step meetings since I got clean and sober in 2002.”

With that in mind, Wildsmith suggested the idea of a stand-alone blog that would highlight the recovery stories of musicians who had grappled with addiction. The stereotype of “sex, drugs and rock ‘n’ roll” is still a pervasive one, but for those prone to addictive tendencies, it can also be deadly.

“Most music fans have been sold a bill of goods that doesn’t always mirror reality,” Wildsmith says. “The debauchery of addiction may seem like a lot of fun when you’ve got a major label record deal and money at your disposal, but misery doesn’t care about those things. Even the most famous of musicians can find themselves in such despair that death seems like a preferable alternative — Chris Cornell and Kurt Cobain are unfortunate examples.

“The reality is that addiction often leads to bitter ends no one wants to talk about: jails, institutions, dereliction, degradation and death. And given that the music industry has changed so much over the past decade, most working musicians are doing it without the support of major labels and million-dollar contracts. Those are the artists who fall through the cracks, because when you’re struggling to keep your head above water, a drug or alcohol habit can ruin a career fast.” 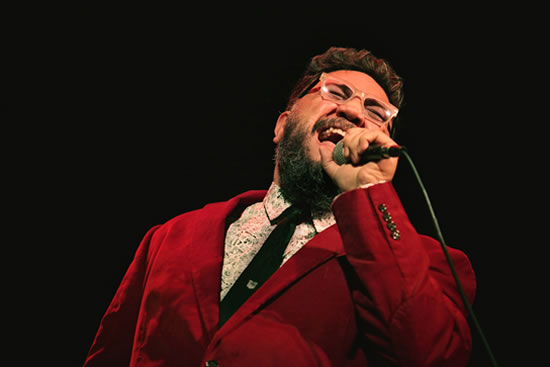 "What Steve is doing with
The Ties That Bind Us is
helping to break down
outdated stereotypes and
myths about addicts and
recovery. Showing the world
that we're all human and we
all need each other to
get through this thing."

Many paths to freedom

The Ties That Bind Us features dozens of such examples — along with respective redemption arcs that demonstrate the power of recovery in its many facets. From the beginning, Wildsmith didn’t want to limit the recovery stories featured on the blog to those that follow a traditional 12 Step path; as a result, there are numerous artists who have found a model of recovery that works for them, and through those, they’ve transformed into the best versions of themselves they can be.

“My personal journey took me down the traditional 12 Step path, and that still works for me today, but I’m of the opinion that everyone’s story is different,” Wildsmith says. “I’m honored to share anyone’s recovery story, because what matters most is that these individuals found themselves at their lowest points, recognized what had brought them there and decided to do something about it.”

The Ties That Bind Us launched on May 31, 2018, featuring interviews with Clint Lowery of Sevendust and Nashville-based singer-songwriter Julie Christensen. A week later, Lowery shared the interview on his Facebook page, and the feedback was illuminating, Wildsmith says.

“Clint’s a member of an incredibly popular band, and when his post of the interview got close to 1,000 ‘likes’ and more than 160 shares, we knew we were onto something special,” Wildsmith says. “We’ve come a long way in the past decade or so, but addiction is still heavily stigmatized. To have these musicians whose work affects so many people on an emotional level come out and say, ‘I had a problem, and here’s what I did about it’ — that’s powerful, and that’s inspiring.” "So many people reached out to me
after my Ties That Bind Us interview
to tell me how well it was put
together and how much it made
them feel connected to me
and my story. I got so much
beautiful feedback and love
from this piece!"

An open invitation to all

While the focus remains on musicians, The Ties That Bind Us has also included features on recovery-related festivals, events and organizations — like MusiCares, a nonprofit arm of the Recording Academy, which helps place struggling members of the industry into treatment. And while the blog has featured chat with several marquee names — Edwin McCain and Jim “Soni” Sonefeld of Hootie and the Blowfish, for example, or blues harp legend Charlie Musselwhite and country star T. Graham Brown — Wildsmith is interested in telling stories from across the spectrum of popularity.

“Some of the most popular interviews proved to be ones with musicians right here in East Tennessee — Michael ‘Crawdaddy’ Crawley and Davis Mitchell, for example,” he says. “I think more than anything else, music fans are just looking for some hope — in the songs they love, and in the artists they follow. Nothing is more powerful than a recovery story, and the individuals who take the time to share them with me, and by proxy the readers of this blog, are nothing short of heroes.

“Besides, as someone in recovery, interviewing these men and women gives me a shot of hope every time I do it. It’s a little selfish, I admit, but I don’t think they mind. The heart of the recovery process is that we get to keep what we’ve found by sharing it with others, so I hope they know that their stories are helping whoever gets a chance to read them.” 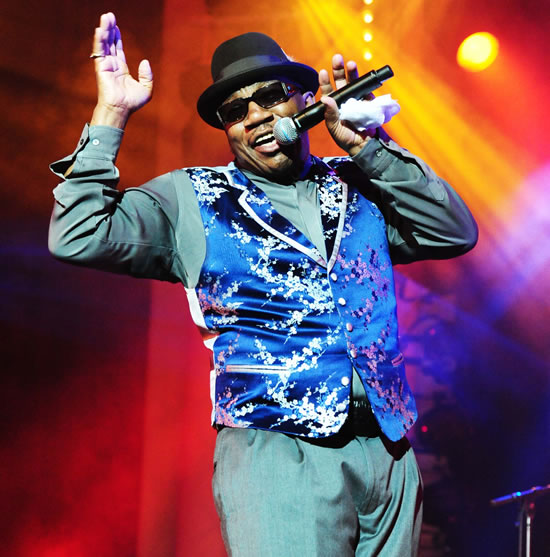 "(Steve with) The Ties
That Bind Us was
one of the most
professional journalists
I have ever had the
pleasure of being
interviewed by."