That month, he celebrated 15 years of sobriety. As half of The Warren Brothers, he and his brother, Brett, had built a songwriting career that commanded enough Nashville respect that they could call up any number of hitmakers and pitch a song or a writing session. As performers, they set their own schedules, playing mostly corporate events 25 to 30 times each year and telling the stories behind the songs they’ve written, enough to feed the performance bug but not so much that touring demands pulled them away from their families.

That same month, Warren shared his sobriety story with The Ties That Bind Us, detailing what life was like before he found a program and the beauty that he found in the everyday gifts it’s given him since.

“It’s amazing, because the simplest things are what I get the most pleasure out of,” he told us at the time.

As tragic as that loss was, however, recovery has been his bedrock. In fact, he told us recently, it’s helped him find beauty in what many folks find horrifying.

“I miss him every second of every day, but as painful as that has been, everything else in my life has improved,” he said. “My patience … how I react to things … even my fear of dying is gone. Flying never makes me nervous anymore. We fly all over the place, and there used to be a little bit of white-knuckling every time I did.

“But now, I just don’t care. It was the worst way to get the best gift. I feel like there’s a list of gifts that Sage left us with, and that’s one of them, and today, I have a totally different perspective on what this life means.” 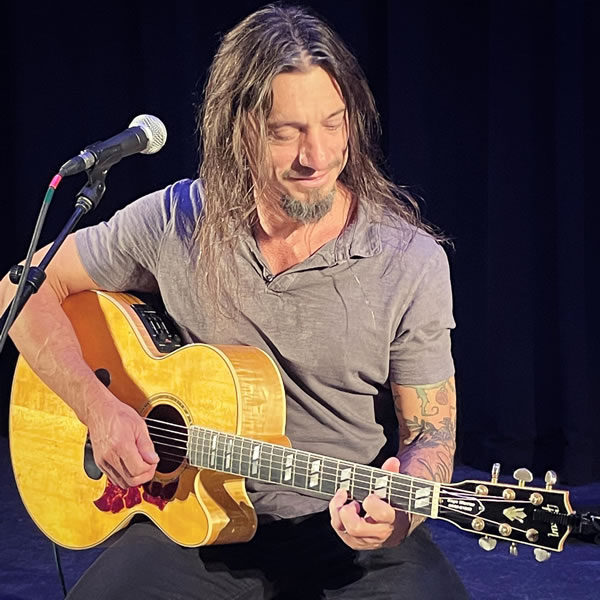 The Warren Brothers grew up in a strict Southern Baptist household, and they got their start playing Christian rock ‘n’ roll. Around the same time, they started writing music together, and whenever they collaborated on a song, it turned out better than the individual sum of its parts. As a result, their Christian roots quickly evolved into a Tom Petty-style of heartland rock ‘n’ roll, and as they made a name for themselves in the Tampa, Florida, scene, an erstwhile manager arranged for them to play an A&M Records showcase in Los Angeles.

That didn’t pan out, but by 1995, the brothers were living in Nashville, and two years later, they were signed to BNA Records. Their 1998 debut as recording artists, “Beautiful Day in the Cold Cruel World,” launched three singles into the Top 40 on country music radio, and as live performers, they hit the road with bigger names like Tim McGraw and Faith Hill.

They also hit the bottle and anything else that was put in front of them, earning reputations as hedonistic rabble-rousers who knew how to close a party down — usually with the sun peaking through the blinds and the room looking like an outtake from “The Hangover.” Their families back home in Nashville didn’t have much tolerance for that sort of lifestyle, however, and by 2005, Warren agreed to go to drug and alcohol treatment.

After that, he added, life started getting better, as it tends to do for all who embrace sobriety’s new way of life.

“Literally just about to the day when we got sober, things started getting better,” he said. “We wanted to be rock stars who toured on a tour bus, but that wasn’t us. You think you’re the guy, and the truth is, you’re the guy behind the guy. When we got sober, we already had families, and we were in the midst of a tumultuous artist career that wasn’t working out that well.

“I wanted to be with my family, but I still loved music, and I still had talent and wanted to work just as hard, so we started writing. Almost immediately, we wrote Faith Hill’s ‘The Lucky One,’ and that became our first cut that ever went to radio. I had been sober for about six or nine months, and when we got the first royalty check for being on the radio, it was like, ‘Oh yeah — we’re songwriters!’” 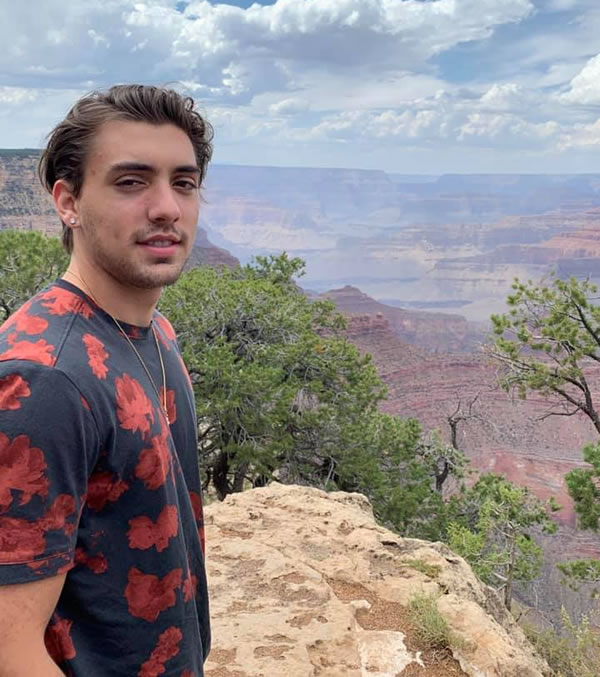 Over the next several years, they churned out one country single after another for artists like McGraw (“If You’re Reading This”, “Felt Good on My Lips”, “Highway Don’t Care”), Hill (“The Lucky One”), Toby Keith (“Red Solo Cup”), Keith Urban (“Little Bit of Everything”), Martina McBride (“Anyway”, “Wrong Baby Wrong”), Dierks Bentley (“Feel That Fire”), Jerrod Niemann (“Drink To That All Night”) and more. But for every song that’s a hit, there are dozens more — the pair have written close to 2,000 songs by this point, Warren estimates — that wind up as deep cuts on records by others in the industry. Luke Bryan, Jason Aldean, Lady A, Billy Currington and Little Big Town, in addition to rock bands like Nickelback, Hinder and Lynyrd Skynyrd, have all cut versions of Warren Brothers songs.

The promises of sobriety were being fulfilled, Warren pointed out … but it would be a mistake to think that his son’s death was God reneging on those gifts in any way. A lot of recovering addicts and alcoholics have red lines in early recovery they feel they won’t be able to cross without chemical fortitude, the deaths of loved ones ranking right up there.

But God doesn’t strike bargains, Warren said. And life goes on, whether he’s clean and sober or not.

“With a little time in the program, you realize that God doesn’t make deals with us,” he said. “I have to understand that I can’t get angry with God over something He never promised. We’re going to have problems, even huge ones, but He will take care of us, if we allow Him to.”

And for years, that Higher Power took care of Sage. In an August 2020 Facebook post, Warren detailed his son’s beautiful life and the struggles that led to his death. Warren and his wife first noticed their boy’s addictive behavior when Sage was 10, Warren wrote, but during high school, he was an athlete who indulged in the occasional teenage experimentation, but it was at East Tennessee State University that his addiction progressed.

“He started partying, taking Adderall to study, and I assume using hard drugs,” Warren wrote. “When we saw him that year his behavior was erratic, and we were more than a little concerned. After a DUI in 2017 we made him move home to Nashville and that began a time of love, praying, worry, tough love, counseling and fear for us as parents. Then in February of 2019 we had an intervention and Sage agreed to go to rehab.”

Afterward, Sage emerged as a changed young man, and the following year was “the best year of my life,” Warren wrote. The COVID-19 pandemic, however, cut off his 12 Step meeting support, and a slip led to a full-on relapse that culminated in “the call that keeps every parent awake a few minutes longer every night,” he continued: “Sage did not die in a tragic accident or of a heart attack. He died of an accidental drug overdose. He bought a small amount of drugs apparently laced with fentanyl, consumed the drugs and died in his sleep.”

Brad Warren: Applying the program even in adversity 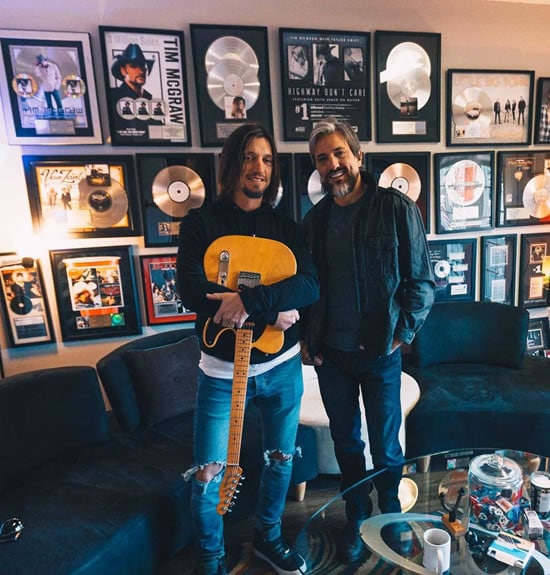 Escaping that pain via drugs and alcohol wasn’t even a thought in the aftermath of Sage’s death, Warren said. Fifteen years of sobriety had allowed him to build a firm foundation, to the point that choosing to numb the pain with substances was no longer his default setting.

But that foundation served another crucial role during that time, he added.

And even during it, he managed to find gratitude. The kindness of friends and acquaintances reminded him that despite the troublesome headlines during the spring of 2020, that love and empathy are still abundant. He and his wife, Michelle, recognized that their individual bad days never coincided, allowing one spouse to offer strength and respite when the other needed it most. And God, he said, opened doors for him to use that strength to help others.

“I went to breakfast with a couple of dads who had lost children, guys that were friends of mine, several weeks after Sage died, and both informed me that they had never really talked about it,” Warren said. “They had both been to therapy, but when they asked the therapist if he had ever lost a kid, and the therapist said no, they were like, ‘Then we really don’t want to hear what you have to say.’ And that’s when I realized that a 12 Step solution was needed.”

He invited those men over to his home and started a men’s group for grieving fathers who had lost children — something he never could have imagined himself doing otherwise, he added.

“I’m not a guy who starts a group! I’m long-haired and tattooed and live in Brentwood, and I’ve always been like, ‘I’ll go to your thing, but I’m not starting my own!’” he said with a laugh. “But we started this, and we just get together, say a prayer and just talk. We introduce ourselves, and our son or daughter who has passed, and the beauty is there are no rules, no time limits and no requirement for membership except losing a kid, which is the worst.”

More will be revealed ... 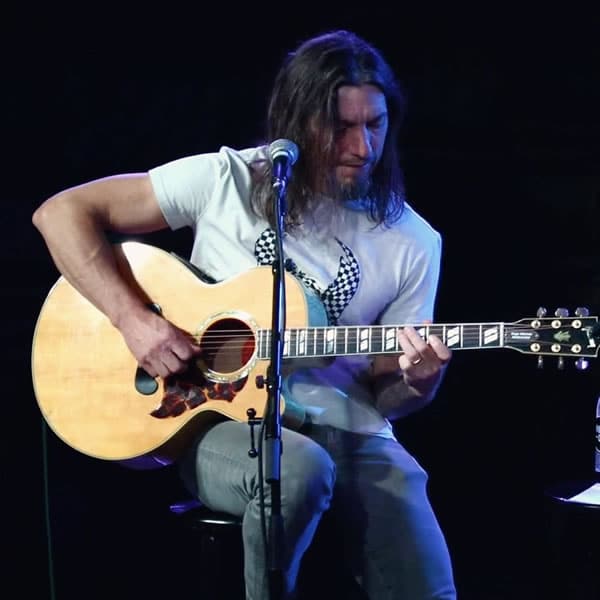 As painful as that loss has been, Brad and Michelle continue to use Sage’s story, and its effects on their lives, to help others. They recently recorded a segment for the Jesus Calling podcast, and Warren and another father have been able to share their personal testimonies of addiction recovery, interwoven with their losses, to young people at a Nashville area rehab, he said.

“We visit this detox center, me and another dad who lost a son, and we share our stories with that wrinkle of losing a kid to this disease,” he said. “Most of the time, they’re sitting there about to doze off, but you could see when we got to that part, their eyes got big as golf balls. That just shows me that this story can be so effective, man, and that anything that can be done to use it to help people needs to be done.”

And in that way, he’s helping other non-addicts reap the benefits of 12 Step-style recovery: Pain shared is pain lessened. Because, as he pointed out, “recovery is so much more than just stopping the drink.”

“It just pervades and seeps into all facets of your life, and it allows you to run through the fire instead of away from it,” he said.

Now, he and Brett are back on the road, playing the occasional show with a backing symphony, telling stories of the songs that have become singalong favorites for marquee names. He’s still hosting the groups of grieving fathers at his house. He’s still using the principles of recovery to be a good brother, a good husband, a good father to his remaining children.

And he’s keeping Sage’s memory alive as best he can, one day at a time, finding the hidden flowers among a field of heartache that’s slowly warming from the light of the spirit.

“That we’re able to help other parents and kids means my son’s spirit is very much alive in our home,” he said. “We’re very sad, but we’re also very grateful, because that child has left us with gifts that we couldn’t have imagined.

“I would give everything I own for 5 minutes with him, but he left us with wonderful gifts and a total reason to live and something to look forward to afterward. And because of that, I’m just better than I’ve been in a long time.”