When Chris Beard hit bottom and sought help at a Christian-based addiction treatment facility in Syracuse, N.Y., staff members did everything short of an exorcism.

“I got dipped in water, I got prayed over, because I was just tired of living my life the way that it was!” he told The Ties That Bind Us recently.

As he transitioned to various levels of care in the three-month program, he reached a point where he was allowed to return home to Rochester, an hour and 20 minutes away, for a weekend visit. His counselors, however, cautioned him:

“They told me I could never go back to the city I was from or that neighborhood, because that’s where my disease started,” he said.

But on the bus ride back home, watching the New York countryside blur by on the other side of those thick bus windows, a calming presence came over him. It was, he believes, the hand of God, and in that moment, God told him something profound.

“He said, ‘I’m bigger than any place you could ever go,’” Beard said. “When I came back to Syracuse, I told them that when I was finished, I was going to go home. And I’ve been clean ever since. Recovery has taken me around this world, and I know that the God of my understanding saved me, so I’m here to do His will, whatever that is, and share my message through my music.

A chip off the old blues block 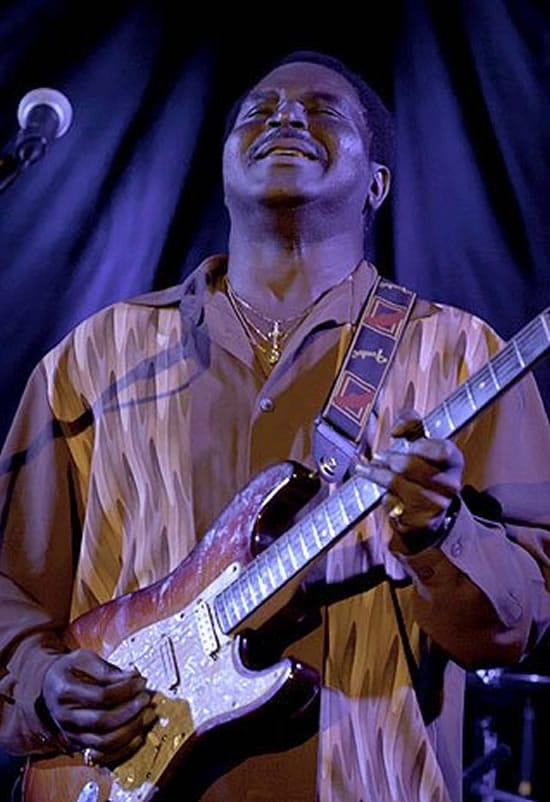 That was almost three decades ago. Beard has 28 years clean, but he’s still as grateful for recovery as he was the day he walked out of that treatment program. When he talks about his life, his voice cracks, so great is the gratitude his heart contains. He remembers vividly how his father took him by the shoulders at the height of his addiction, and the things Joe Beard told his son back then still resonate.

“He looked at me and said, ‘This is not who you are. You wasn’t raised this way, and we’re going to get through this. There is a God, and this is not what he wants from you,’” Beard said.

Born in 1957, Beard is the son of a famous blues guitarist who counted among his friends such blues titans as Buddy Guy, Mike “Guitar” Murphy and Luther Allison. He was 5 years old when he first picked up the guitar and learned how to play “Green Onions,” he said; his mom was thrilled, but his father just rolled his eyes “like he expected me to play at 3!” Beard added with a laugh.

“My father was my first inspiration to the blues,” he said. “It was always blues being played in my house, whether on the phonograph or Buddy Guy or Mike ‘Guitar’ Murphy or Luther Allison or Albert King, coming through our household. Way back when, before he was the Buddy Guy, my father was in his backup band, and they toured and stuff like that. Mike ‘Guitar’ Murphy grew up in Mississippi with my dad, and he used to date my aunt. B.B. King used to date one of my other aunts. This was all before they became famous, but meeting those people was very inspirational to me.”

As a child, the younger Beard was gifted with guitars, and his brother received drumsets. He remembers one particular visit from Murphy, who fell asleep in the guest bed cradling his guitar. The next morning, he asked Murphy why.

“He would tell me, after playing it for so long, it becomes an extension of your body,” he said.

Beard took that to heart, and by 15, he was playing regularly with the R&B/pop outfit Cameo, which would go on to notch a hit in the 1980s with the song “Word Up,” but when the group was first starting out and deciding to tour, Beard’s mother refused to let her teenage son tag along.

“I was really pissed back then, but the way that my life turned out, mom knew best,” he said. “I played with my dad and Cameo and all of that, but then I got involved a little bit in the streets and the drugs and the peer pressure and all that stuff. Going through high school, Jimi Hendrix was my idol, and whatever Jimi did, I did — whether it was playing with your teeth or behind your back or burning your guitar or taking mescaline and micro-dot acid.

“For a long time, I lived under the myth that the higher I got, the better I played. Once I got clean, I found out that was so far from the truth. My inspiration got better once I got clean, and it’s even better now with a clean mind and being more spiritually fit.”

A slow progression toward dereliction 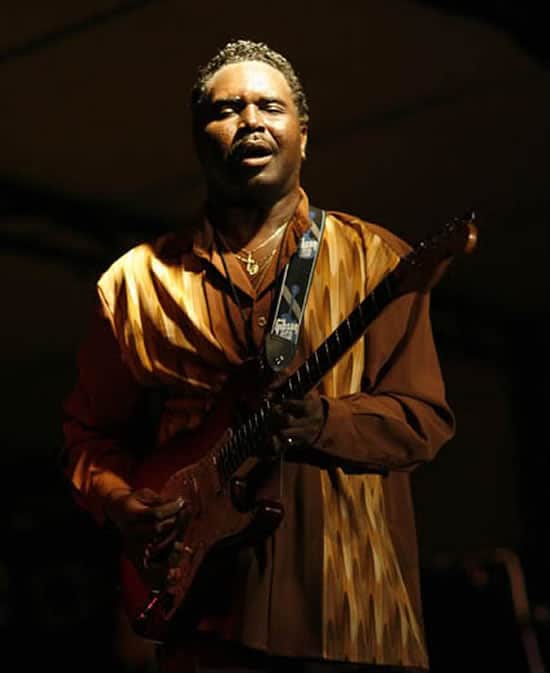 The first substance Beard tried didn’t agree with him. Kids in his Rochester neighborhood would mix wine filched from their parents’ refrigerators and liquor cabinets and mix it all together in a Thermos; the first time he got drunk, Beard remembers sitting on his family’s couch and thinking the light-up picture hanging on the wall was moving.

“I said to myself, ‘I do not like this feeling,’ and after that, I just started getting into substances,” he said. “At first, it was weed, then a little beer, then micro-dot acid and blotter acid and LSD. I wanted to keep getting that feeling, but I wanted to graduate to different feelings.”

He snorted cocaine on occasion, but freebasing it was the turning point. Until then, he was always flush with cash because of his hustle. Music had been set aside, although when he visited his parents, he would pick up one of his father’s guitars “just to see if I still had it,” he said.

“It wasn’t my main focus at all,” he added. “You’re under this façade when you’re getting high, where nobody can tell you nothing, and you think you’ve got all the answers. You think you look good, even though you’re looking in the mirror at a monster and everybody is telling you how (messed) up you look. You’re thinking you’re alright because you’re still able to function.”

He hit his bottom in 1991, when his using buddies started to drop like flies. He can’t count the number of times friends went into seizures or just overdosed and died; at each of their funerals, he swore off drugs, but his addiction had progressed to the point that he stopped to get high on the way home.

“I started reviewing my life and seeing how I wasn’t God, and how there was truly an ultimate God other than myself and my crazy thinking,” he said. “My thinking got me where I was back then. I that point when I was ready to surrender, I had nothing. Everything I had every achieved through my life, through the way I did in with my own thinking, was gone, and I had nothing.”

At the end, he was adrift, shacking up with a using buddy who claimed to have a room for him only to get kicked out when the home’s real owners showed back up. He can still recall with crystalline clarity the color of the house (green) on the street (Rebel) where he last got high. (You had to enter through the back door, he added, and the cousin with which he used was so high on PCP he thought he was Jesus Christ.) When he was ready for help, another cousin who had been clean for a couple of years recommended him for that Syracuse facility, and that was when his life started anew.

A foundation through the program 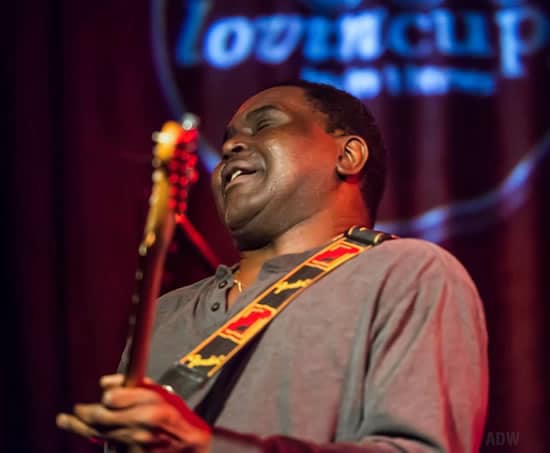 Back home in Rochester, he was seized by a burning desire to stay clean. He found a 12 Step program that welcomed him, and he remembers running through his old stomping grounds, music blaring through his head phones, to shut out the whispers of his disease.

“Where my parents live, where they moved when I was 9, the neighborhood is still pretty good, but if you go down two blocks in one direction, it ain’t that great,” he said. “That’s where the hookers and the pimps and the drugs were, and I remember having to go through there to get to a meeting. I remember I would be listening to contemporary gospel in my headphones, and I would literally run through there in fear, because I would be passing places I got high before I left to go to rehab.”

Fear, he added, isn’t necessarily a bad thing, especially fear of addiction. Even with almost three decades clean, he still has it.

“It’s alright to be scared of the disease of addiction, because it means you’ve surrendered and you know you have no win over it,” he said.

Ten months after getting clean, he formed his first band and eased himself into the scene, playing 10 to 12 shows a month locally before moving on to the regional level. He remembers before cutting his 1998 debut, “Barwalkin’,” visiting Chicago and going to Buddy Guy’s Legends, the club owned by his father’s old friend.

“I was sitting talking to him, and I said to him, ‘Man, you’re the best blues guitar player in the world. You make $8 million a year playing blues. What are you doing sitting around this club when you could be doing anything?’” Beard said. “He told me, ‘How else could I get better unless I watch young cats like you?,’ because I was there for the jam night. What he said to me sticks with me even today — no matter how good you get or how old you get, you can always get better.”

The hunger has been a driving force in his career accomplishments: a 1998 nomination for the W.C. Handy Best New Blues Artist Award; a 1999 win of the Muddy Waters Award for New Talent of the Year by Blues Beat magazine. In addition to “Barwalkin’,” he’s released four additional albums, most recently 2015’s “Eye of the Witch,” and he’s planning to make another this summer that will feature the song “Pass It On Down,” a collaboration with his father.

It works if you work it

“When I go on the road, I do some work in recovery centers, and I like to say, ‘Everybody in this room don’t have to be here. All y’all know somebody who’s died of this disease of addiction,’” he said. “I tell them, ‘There’s a purpose for your life; you just need to stay clean long enough to figure out what it is.”

His purpose? To continue to make music, to enrich his spirit through recovery and to spread the word that no addict need ever die … or live in misery.

“You can do whatever it is you please,” he said. “You can succeed, as long as you stay clean. Recovery has done that for me. It taught me to believe in me.”

Posted in Blues musicians in recovery, The Ties That Bind Us and tagged Chris Beard