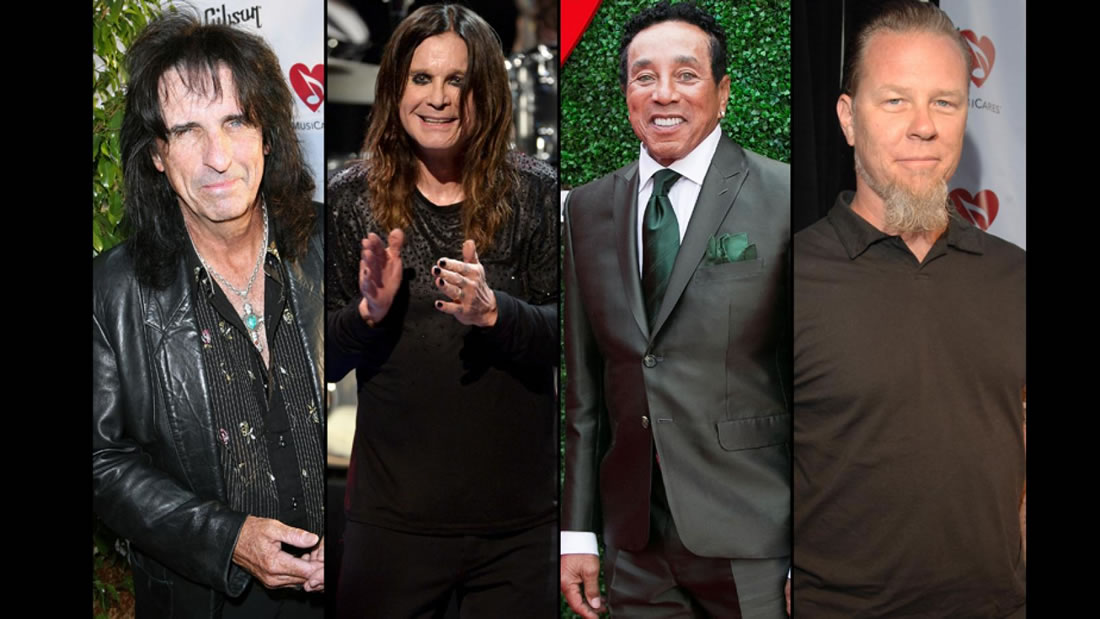 In his 2000 memoir “On Writing,” novelist Stephen King detailed his battle with addiction and alcoholism, spending several paragraphs on the propensity of artists, musicians and writers to travel those same dark roads.

Popular culture, he pointed out, is intrigued by the notion of great art being made by broken men and women. Contemporary history is rife with the hero worship of writers and musicians who were plagued by substance abuse and often met tragic ends: Ernest Hemingway, Jim Morrison, Kurt Cobain. And then, in a couple of succinct passages, he smashes that romanticization:

“Hemingway and Faulkner didn’t drink because they were creative, alienated, or morally weak. They drank because it’s what alkies are wired up to do. Creative people probably do run a greater risk of alcoholism and addiction than those in some other jobs, but so what? We all look pretty much the same when we’re puking in the gutter.”

And, when artists come to the end of that road, they need help to find recovery, as King did in the late 1980s. For musicians and other people in the music industry, that’s where MusiCares® enters the picture. A charity of the Recording Academy™, MusiCares provides “a safety net of critical assistance for music people in times of need,” including services and resources that “cover a wide range of financial, medical and personal emergencies,” according to the organization’s website.

The backbone of industry charitable aid 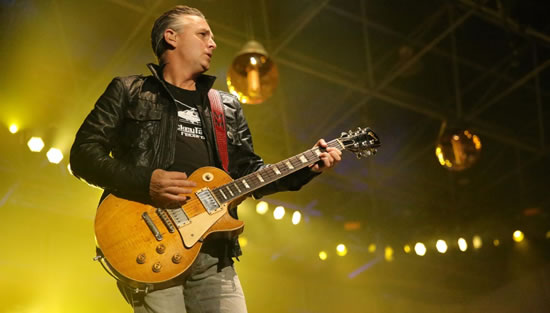 Pearl Jam's Mike McCready, honored with the 2017 Stevie Ray Vaughan Award in May of last year. (Courtesy of Karen Loria)

While addiction recovery is one of many areas in which MusiCares offers a helping hand, it’s also one of the most prominent, according to Debbie Carroll, Vice President of Health and Human Services for the organization.

“Addiction recovery is a fraction of what we do, but we also have a variety of health and wellness programs to support musicians,” Carroll told The Ties That Bind Us recently. “But it is one of the most touted programs, mostly because so many who benefit from it point to it as instrumental in saving their lives.”

Founded in 1989 by the Recording Academy, MusiCares is the most active charitable organization in the music industry, and its reach isn’t limited solely to those who take the stage. Managers, studio engineers, songwriters, label executives tour bus drivers … anyone who makes a living playing music or supporting musicians is eligible for financial assistance. High-profile superstars aside, there are hundreds of professional musicians who subsist on budgets that leave little wiggle room for unexpected expenditures like medical bills; coming up with several thousand dollars for drug rehab is often impossible without the assistance of MusiCares.

“If someone has an issue, they can reach out to us at one of our three offices — L.A., Nashville or New York — and we have a short application process,” Carroll said. “The individual will give us some information about what they’ve done in the industry; that way we can vet that information to make sure they meet our criteria. If they contact us, we can connect them with a treatment facility almost immediately — that day, if needed. There’s a small window where people realize they have an issue and are willing to address it, so our goal is to get them the help they need as soon as possible.”

Offering a hand up, not a hand out 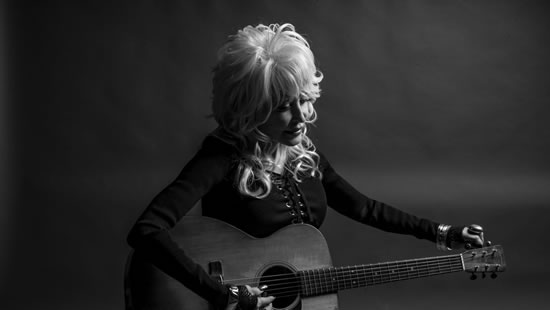 Dolly Parton was honored in February as the MusiCares Person of the Year. (Courtesy of Grammy.com)

That help is provided through MusiCares addiction recovery programs, which raises money through donations and an annual Concert For Recovery benefit, at which a designated recovery activist receives the Stevie Ray Vaughan Award. Through MusiCares’ Addiction Recovery resources, “the foundation provides emergency financial assistance to individuals within the music community facing addiction.” Over the past 10 years, MusiCares has provided close to $10 million dollars in assistance to more than 3,250 substance abuse clients.

In addition, MusiCares offers a number of sober follow-up events that help newly recovered artists and industry types get their feet back under them after getting clean.

“We offer Aftercare groups where people can come together and talk about the occupational hazards, and we have sober jams in three different markets — Nashville, Austin and Los Angeles — that are opportunities for newly recovered individuals, as well as people who have been in recovery a long time, to come together, practice their craft, connect with an audience and perform sober,” Carroll said.

A licensed clinical social worker, Carroll received her undergraduate degree in psychology from the University of Colorado in Boulder. She went on to obtain a graduate degree in social work from the University of Georgia, and upon moving to Nashville in 1997, set up a part-time private practice that allowed her to spend time with her young children. When she discovered an open position at MusiCares, she was hesitant at first, until she did more research, she said.

“I was highly intrigued by the idea of an organization that focuses specifically on the health and welfare of a unique industry, and they hired me in 1998,” she said. “I feel like I have a dream job, or like I won the life lottery. It combines my love and passion for helping people with a richly blessed nonprofit organization that’s attached to such a strong brand.” 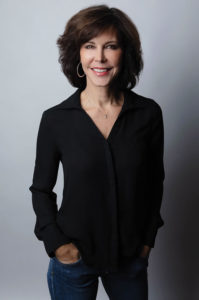 When she first joined MusiCares, the organization was already partnering with the stand-alone MAP Fund; in 2004, MusiCares acquired MAP and expanded its reach, as well as its professional relationships with clients by employing masters-trained clinicians to facilitate drug and alcohol treatment with those who need it.

In the 21 years she’s been a part of the organization, the public conversation has shifted as well. Addiction still carries a stigma, but it’s more acceptable as an officially diagnosed illness, she pointed out. By the same token, the perception of the lifestyle of a professional musician as being a nonstop party has lost some of its luster.

“There’s a lot more messaging out there around health and wellness, and that dynamic of it being a complete party industry is somewhat going away,” Carroll said. “The reality is, when you’re getting on a bus with seven other people and always going to another place, it’s not glamorous. Adding drugs and alcohol to it makes it even worse.

“We’re seeing more people come forward, and the research suggests that creatives do have a greater propensity to experience issues like depression and anxiety, and substance abuse can be a proponent of that as well. We spend a significant amount of time educating folks on how to take care of themselves when they’re involved in an industry that really does have a unique lifestyle.”

There’s still work to be done: Addiction treatment doesn’t work overnight, and that’s a hard sell to managers and executives who have a troubled client and a limited amount of time to get that person help before the next tour or studio deadline hits.

“Sometimes we get calls from managers who say, ‘We’ve got five days; what can we do?’” Carroll said. “You can’t do anything in that time, really, and what you risk is having an artist that might not be with us down the road if you don’t make time. Fortunately, most people know the serious nature of addiction, and they’re much more willing to address it. We’ve seen people stage interventions, or pull an artist off of the road and get a replacement until they get clean. I think the industry as a whole has done a significant job, even though there’s more work to do, in coming forward and admitting there’s an issue and dealing with it directly.” 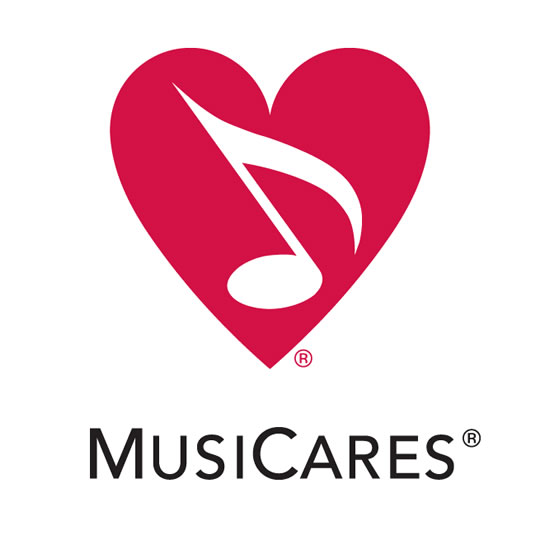 On the other side of treatment, more and more artists credit MusiCares with making a difference in their own lives and, subsequently, their careers. Ties That Bind Us alumni who have used MusiCares resources to get clean and sober include singer-songwriters Jaimee Harris and Travis Meadows, as well as Jonathon Childers of the band Blank Range, all of whom touted the organization’s assistance. On their end, Carroll and her team go to great lengths to protect a client’s privacy, but those who do self-disclose the benefits of MusiCares involvement have spotlighted the good work it does.

“People do want to tell their stories and share the support they’ve received, and we’re certainly appreciative of people who do that,” Carroll said. “I have no doubt that it helps others who may be struggling. When an artist has a platform and an audience, those people tend to listen, so when they share their stories, it resonates.”

As such, many musicians, in and out of recovery, step up to promote MusiCares. The need for fundraising is critical, and every dollar raised goes to the organization’s programs and services, because the Recording Academy covers all of MusiCare’s operating expenses. Despite the press and the public accolades, most clients continue to hear about MusiCares through word of mouth, Carroll added — and that speaks volumes, about the work the organization does and the power of community found in the addiction recovery community, and the spiritual rewards that come from being of service to other people.

“My personal opinion is that it’s all about connection,” she said. “It’s about leaning in, about getting to know the person next to you. It’s about looking up from your phone and really asking how someone is doing. It’s about keeping eyes and ears open to people who may be struggling, and supporting them. I think our world just needs a little more face-to-face contact and willingness to help out.”

Posted in Recovery music festivals and organizations, The Ties That Bind Us and tagged Debbie Carroll, MusiCares, nonprofit addiction services, The Recording Academy