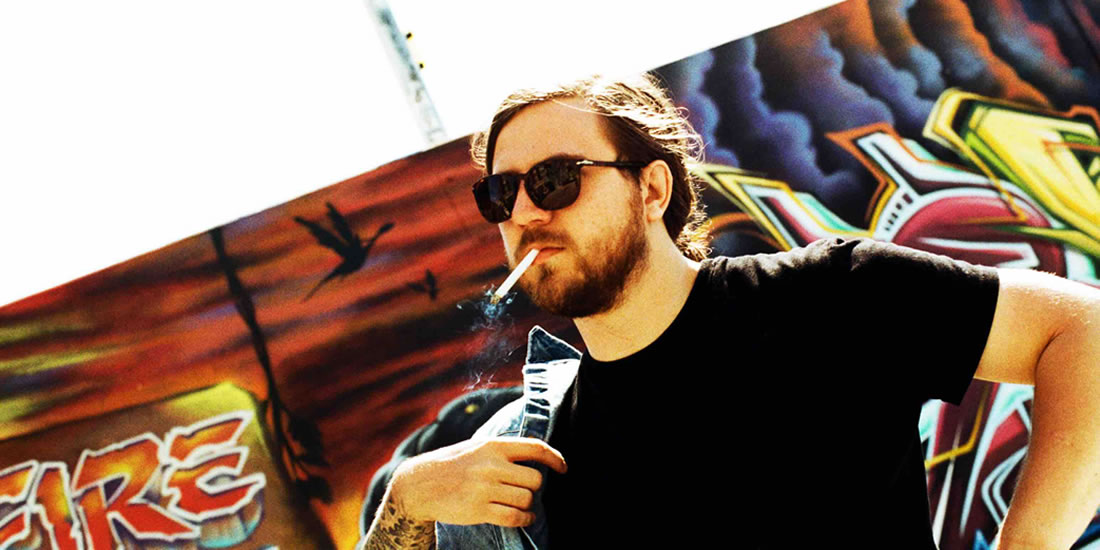 Singer-songwriter Sam Morrow: 'I live by a certain set of principles now'

Like it is for a lot of musicians, the sad songs come easier for singer-songwriter Sam Morrow.

Give him an acoustic guitar and a broken heart, and he can whip up something poignant and melancholy with the best of them — but he's not beholden to the

"sad bastard" persona of so many solo roots artists, nor does he want to be. It’s one reason why he pushed back against the darkness on his most recent record, the eclectic “Concrete and Mud,” which features the young guitar-slinger mixing some funky licks and Southern soul grooves into his particular brand of roots rock.

Besides, he told The Ties That Bind Us recently, his life isn’t filled with the darkness of addiction that it once was.

“My life just got pretty miserable,” says Morrow, who recently marked seven years clean and sober. “Your life just gets to a point where it’s like, ‘What the hell am I doing?’ I didn’t really have any sort of clarity for a long time. I realized my life was (lousy) and unmanageable, but it took me a long time to get any clarity of how to get out of that.”

Born in Houston, Morrow released his first album, “Ephemeral,” in 2014. He quickly found a place in the West Coast alt-country scene alongside other up-and-coming artists like Sam Outlaw and Jade Jackson. He slugged it out on beleaguered tours across the country and on the dive bar circuit before starting to get some mileage in the music press, and last January, Rolling Stone named him as one of “10 New Country Artists You Need to Know. (“Morrow, who is now sober, has overcome some major hardships and ‘Concrete and Mud’ is less about the sunny side of his home state and more about those wandering the streets with a past that lingers like a faded tattoo,” the article states.)

It helps, of course, that he found sobriety in 2011 at the tender age of 20. But then, he pointed out, he got started using early in life. 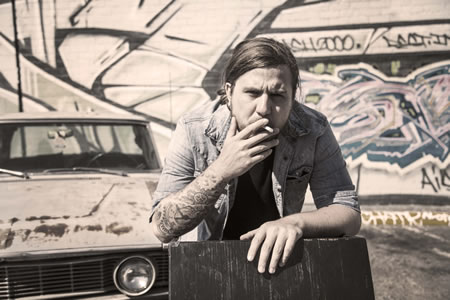 “I started using when I was 14-ish, smoking weed and stuff, and I just kind of did everything under the sun,” he says. “Eventually, I got hooked on pills — opiates — and then heroin. Any kind of opioid, I would take it. Eventually, I tried to pull a geographic cure and move in with my at-the-time girlfriend in New York City, and my big plan was, ‘I’m gonna get on Suboxone and kick this thing myself.’ And that obviously didn’t happen.

“My parents got involved and helped me out, and I went to treatment in New York, but I was not ready to stop smoking weed and drinking and all of that.”

Not long after leaving rehab in New York, he went back to gobbling fistfuls of pills, continuing a downward spiral that landed him in a second treatment center stint in Palm Springs, Calif., in the middle of summer. Even though the daytime temperature averaged about 115 degrees, he stayed for the full 90 days, but it wasn’t until he was halfway through that the light came on.

“Obviously, I understood that I couldn’t do opiates anymore, but I was not convinced that I needed to stop smoking weed and drinking,” he says. “One day, my therapist looked at me and asked me, ‘Why don’t you at least try it? Give it six months or a year and see how you feel.’ And for some reason, that just clicked for me.

“Before, I would go to music festivals, and if someone was like, ‘I have this green pill with a leprechaun stamp on it, and even though I don’t know what it is, it makes me feel good! Wanna try it?’ I would have, absolutely 100 percent, said yes! So I felt like (the therapist) was doing the same thing — offering me something to try, even though I wasn’t sure what it would do. So I decided to try it, and my life got better, and here I am.

“I don’t have this super extravagant bottom,” he adds. “I think I have a lot of bottoms, but nothing that really hit me in the head or yelled at me or anything like that; just a lot of little things that led me to where I am now.”

'I'm a lot happier this way'

Where he’s at now is a creative peak that he likely never would have reached while under the influence. “Concrete and Mud” is an “Urban Cowboy” soundtrack for 2018, a record that fits easily between the glass canyons of downtown Los Angeles or the muddy front steps of a Texas juke joint after a hard rain. It’s got plenty of twang and stomp, but the boogie is undeniable, and the vintage Neve 8068 console used by producer/engineer Eric Corne gives it a throwback vibe to the 1970s, when the Eagles planted a country-rock flag in the California desert and Buck Owens hauled a truckload of Bakersfield to Nashville. 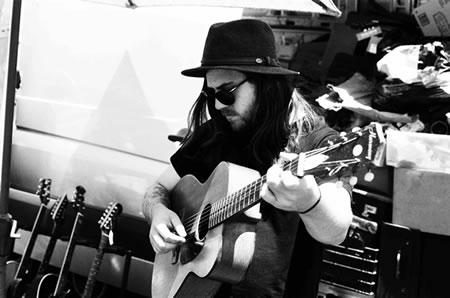 “The past two years or so, I’ve been listening to a lot of different stuff, and if I hear something I like, not only will I dive deeper into their catalog, but I’ll find out who they were influenced by, then go back and listen to that band,” he says. “I’ve been paying a lot more attention to production, and I’ve always had this funky bone in me that I’ve never been able to shake out while writing. Writing a ballad or a sad song is cathartic, and it’s kind of easier to do in my opinion — lighting a candle and sitting in the dark with an acoustic guitar, feeling all emo and whatnot, comes pretty natural to me.

“But this one, I wanted to get out of my comfort zone a little bit and base a song off of a groove and then building it from there. ‘Heartbreak Man’ (the lead-off track) does that, and I think it’s a good song to kick off the record, because it has a strut to it. That’s totally not me — I don’t have a strut to me — but I had just gone through kind of a gnarly breakup, and I guess I was writing from the perspective of a badass guy that doesn’t (care).

“It’s kind of a, ‘You shouldn’t have been with a badass guy like me’ kind of song. And that’s a good exercise for me to write as a different character, rather than a sad bastard dude I am, or was, or whatever used to come easier for me.”

Since the release of “Concrete and Mud,” he’s gotten greater traction than ever before. He’s playing in front of more people, winning over more fans and enjoying the fruits of a foundation laid in early recovery. His schedule doesn’t allow him to make as many meetings as he once did, but the thing about recovery, he learned early on, is that it’s a parachute that’s always packed and on his back, should he need to pull the ripcord.

“Obviously, I’m around it a lot, but it just doesn’t work for me, man. I want people to just think of me as a normal person — I just don’t drink. I don’t do cocaine casually. I mean, I don’t want to impose my will on anybody else, because I loved drugs! If I could do them and have a normal life, I would in a heartbeat — but I can’t. I’m just not wired that way. I don’t know the science behind it, and I don’t care to know the science behind it. I just know that I can’t do it, and I know I’m a lot happier this way.”

By Cornerstone of Recovery
Posted in Singer-songwriters in recovery, The Ties That Bind Us and tagged Sam Morrow