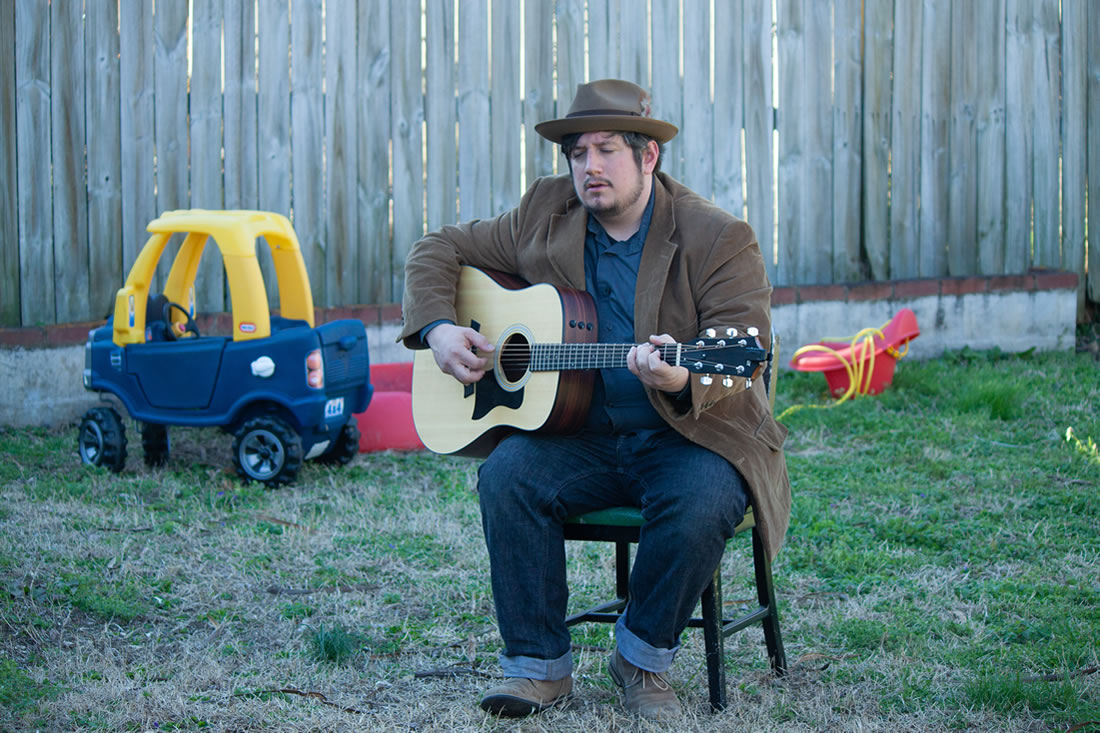 Singer-songwriter Jason Erie: 'Life on the other side is better'

When it comes to his recovery, singer-songwriter Jason Erie is grateful for many gifts.

He has his career, which is at a turning point thanks to a strong new record. He has his family, which keeps him grounded in the knowledge of bestowed blessings. And he has his mom, the individual who probably gets the most credit for shining a light on the possibilities of a new way to live in the aftermath of addiction.

It wasn’t always such. Erie remembers well the chaos of his family’s home when he was a child, and how he sought solace in music, he told The Ties That Bind Us recently.

“My mother is a proud recovering addict, but when I was younger, she was full force into her addiction, and music was more of a coping mechanism for me,” he said. “My father and I would go in the basement, and I would record while he played guitar when I was 3 years old. Then, when my parents would fight, that would be his handout to me after the fight. I would go down there to play music to get over it, and I kind of used music to be my crutch.”

By the time he was a teenager, however, his mother had found sobriety; what’s more, she threw herself into the idea of service work and opened the family home to other recovering addicts and alcoholics. Being present for their struggles and their triumphs made a significant impact on Erie, and he still recalls many of their names and faces all these years later.

“My mom, she kind of poured herself into the program, and the program responded the way that it does to most, where it really needs people to work it and to help it work,” he said. “My mom found another calling for herself to try and help people out that were in a similar situation that she was when I was growing up, and when I was about 16 years old, she ran a makeshift halfway house in our house.

“A lot of people would come, in new to the program, and they would stay with us when they didn’t have a place to stay or family to fall back on. Just like anywhere else, I think a lot of those people really wanted to get sober and needed a hand in doing that, so my mom was that hand for those people.” While an example of recovery was there for Erie long before he ever faced down his own demons, the addiction that preceded it was a jumping-off point for his own, however. His mother was primarily an alcoholic, he said, but his aunt was an addict, and he grew up in a home where family parties were part of the routine.

“The first time I smoked pot, I was probably 12 years old, because that was normal to me,” he said. “Somebody brought it into my group of friends, and I just said, ‘I might as well try it.’ I got heavily into hallucinogens after that, throughout my teenage years, just experimenting with drugs and finding that music and drugs kind of went hand in hand.”

By the time he was a teen, music was an obsession. He started writing his own songs and playing in area bands, finding a place in the punk and pop-punk scenes in and around the place where he grew up — Bergen County, N.J., a suburb of New York City.

“It was a wonderful thing to be able to express myself and kind of go into the deeper ends of my feelings that I didn’t really have to put a face to,” he said. “I could be behind the music and say what I wanted to say.”

By the time he was 17, he had moved to New York State and met the guys with whom he started his first semi-successful project, Waking Up East. The guys gigged heavily around the New York scene, cutting their first record with members of The Ataris, and Erie began to discover a community of like-minded peers that helped develop his talent for songwriting and playing. He parted ways after several years, however, and with a new bride, he moved into a New York apartment and found a 9-to-5 job.

Around the same time, he made the decision to turn his will and his life over to the care of a program of recovery.

“Drugs and alcohol, throughout my early music career, that’s what we all kind of did together,” Erie said. “When you weren’t playing music, you were doing drugs and drinking. So when I was 24 years old, my father sat me down with a group of my friends and said, ‘Hey, I think you have a problem.’”

Erie credits his father with helping him get sober; more importantly, he credits his childhood immersion in addiction and recovery with opening his eyes and admitting his own problem. From that point on, he added, he’s never had to use again, but maintaining his recovery didn’t come without some work.

“I did go to a lot of meetings, because I saw how they worked for my mother,” he said. “I don’t go as much as I once did, but seeing how far my mother has come and what she’s done for other people, it’s amazing. Now, I have a 3-year-old son at home, and to see her be a grandmother just blows my mind. I never thought my mother would be alive today, and that was scary to think about.”

He still recalls a fight he had with his mom as a teen, when her addiction had frayed the last remaining strands of their relationship. He told her then that she would never know her grandchildren, and today, he’s grateful that he was wrong.

“To see our relationship evolve past all that, and to be able to let that go and cultivate a relationship with my mother, has really helped me stay on track,” he said. “I would never think about going back to drugs and alcohol because of the fact my mother has been there, and to see that firsthand and to see the person she has become is incredible.”

A second career in music 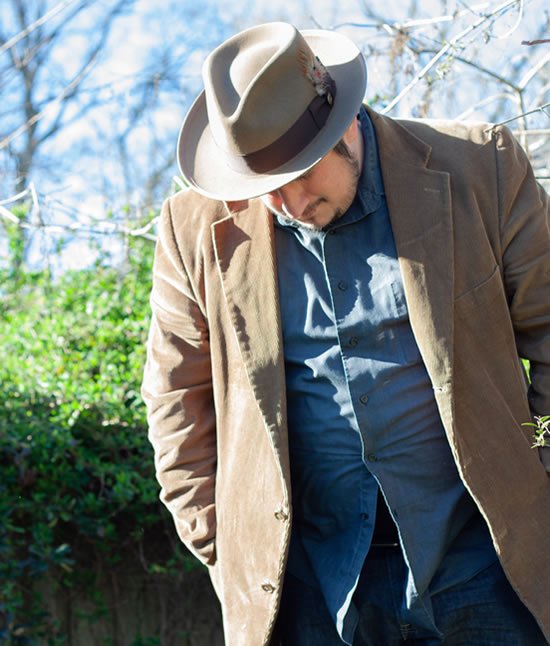 His mother, however, isn’t the only Erie who has evolved through the recovery process. Although he loves being a family man, working a regular job in New York was killing his dreams, and his wife wanted more for him, he said.

“My wife saw that I was coming home every day, and she didn’t want me to continue with that,” he said. “It was actually her idea to move (to Nashville) and pursue music, so about three years ago, we did.”

Living in a new city gave him an opportunity to reinvent himself as a musician as well. Although his rock and punk background serves him well, he found himself wanting to dive deeper into the maelstrom of emotions that make up the human experience. While there are certainly rock bands capable of conveying those things, he felt that moving forward as a singer-songwriter was a better vehicle for the things he wanted to say.

“I started back into the singer-songwriter stuff, doing my own thing and trying to figure out the sound I wanted to go for,” he said. “I think my solo stuff came out of my childhood. I grew up listening to Springsteen and Paul Simon and folk acts, and the people that I really connected with had that blue-collar feel of America.

“I realized that after starting to write that kind of stuff. I really loved being able to tell my story and being able to tell the stories of others around me without having to sugarcoat everything, and it was a wonderful thing to be able to open up again. It brought back that feeling I had as a kid, and I knew that’s where I needed to go.”

Last month, Erie released “The Art of Letting Go,” and the title is self-explanatory. With the searing eye of first-hand experience, he paints stark and vivid portraits of the duality of pain and hope, with a voice that travels a spectrum between the husky growl of Tom Waits and the church choir baritone of Chris Stapleton. It’s a nod to recovery and all of the things that precede it, he said, and his own story is a part of every song.

“I tackled everything that was in my past on this record,” he said. “‘Talking to Chairs’ (the lead-off track) is about first going into the rooms and feeling like you don’t know anybody and you don’t belong there. ‘Listening to strangers and talking to chairs’ is that attitude when you first come into recovery, when you want to get sober but kind of don’t care who other people are. It’s about finding out that it’s the people that really help you in recovery.”

A recovery journey in song

From “Conversations With a Bottle” to the story songs of “Black Lung” and “Some Kind of Way,” Erie shines on the new album, but if there’s an emotional centerpiece, it might very well be “Lorelai.” It’s written about a woman who once stayed in his mom’s makeshift recovery house, a heroin addict who was instrumental in shepherding him through the teenage years of self-discovery.

“She went back out, and I haven’t heard from her since,” he said. “That whole song is about how I felt inside when she packed up her bags and left our house, and I knew she was going back on the streets. The whole record is about just the recovery process of whatever you’re going through, whether it be depression or drug use, and coming to a place where you can let your past go and find your new and true self.”

That’s possible for everyone, Erie knows, because he’s a living example. Life includes an unavoidable amount of suffering — such is the first noble truth of Buddhism, after all — but misery is optional. And self-induced misery can be escaped. If listeners take anything from his record, that’s what he’d like it to be, he added. From Britpop heights to addiction’s lows, Simon Mason sails on with the Hightown Pirates A song for Gigi: The Nell and Jim Band pay tribute to a loved one lost to addiction In sobriety, Armon Jay finds beauty in ‘The Dark Side of Happiness’ Redlight King’s Mark ‘Kaz’ Kasprzyk: ‘It’s brighter on the other side’